UK GDP, Employment Data and BoE Rate Decision up Next

Next week is a rather bumper week in terms of the economic calendar when you consider the amount of high impact US data that deserves to be mentioned within this forecast based purely on how influential USD data has been recently. This is largely based on the saying ‘when the US catches a cold, the whole world sneezes’.

Better than expected US CPI and shockingly low University of Michigan Consumer Sentiment data (preliminary), on Friday, has thrown a spanner in the works for not just the Fed but for other major central banks too. Aggressive rate hikes are having little effect on rising prices and consumers hold a bleak outlook as far as current and future economic conditions are concerned.

On Tuesday, employment data is expected to continue the trend of job gains for March with an estimated 106,000 jobs to have been added, taking the unemployment rate down to 3.6%, potentially. The strong job market is a welcomed sight for the Bank of England (BoE) as it is left with little option but to hike into a weaker growth environment.

Next week the BoE contemplates hiking interest rates by 25 basis points despite markets pricing in 32 bps worth of tightening. In my view, this may create a scenario whereby a 25 bps hike instead of a 50 bps hike may result in a hawkish disappointment, which may see the pound depreciate against the dollar and possible the euro. Since Friday’s US inflation beat, markets now anticipate just short of a further 225 bps worth of hikes while markets expect just over 170 bps for the BoE. Interest rate differentials, if market expectations prove to be correct, could facilitate further GBP depreciation against the dollar.

ECB’s Sticks to Sequencing and Prior Forward Guidance

The euro initially rose against the pound after the ECB decision on Thursday but quickly erased those gains and turned even lower in response to ECB President Christine Lagarde’s lack of clarity around the Bank’s “anti-fragmentation tool”. A huge concern in the euro zone is bond market fragmentation – a situation where indebted member states like Italy Spain, Greece etc could see sovereign bond yields blowout, increasing borrowing costs disproportionately.

After the meeting, unnamed “sources” revealed that the majority of the Governing Council members opposed any mention of the anti-fragmentation tool but such statements could not be verified. Nevertheless, the ECB sees it appropriate to hike by 25 bps in July after asset purchases come to an end and at least 25 bps in September, subject to worsening inflation data.

I think the pound’s recent rise, before the US CPI data on Friday took GBP/USD lower, provided a fair amount of room for the pair to trade lower and possibly test the yearly low if UK data or the fundamental outlook worsens. After Friday’s move, the yearly low isn’t all that far away now.

— Written by Richard Snow for DailyFX.com 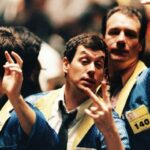 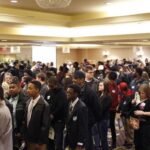