Most Read: Fed Hikes Rates by 75 bp to Curb Inflation. What’s Next for Gold, USD & Bitcoin?

The EUR/USD lacks conviction on Thursday, moving between small gains and losses, likely constrained by rising U.S. Treasury yields a day after the Federal Reserve approved another large hike and pledged to continue tightening monetary policy forcefully to curb inflation. At the time of writing, the exchange rate had retreated sharply from the overnight session high of 0.9907 and is largely flat on the day around 0.9843, sitting near one of its lowest levels in more than two decades.

Although the euro appears oversold against the U.S. dollar, its prospects remain bearish, with few positive catalysts on the horizon. From a fundamental standpoint, U.S. bond market dynamics will continue to be a headwind for low carry-trade currencies. By way of context, earlier in the day, U.S. Treasury rates spiked to new multi-year highs, with the 2-year and 10-year notes rising to 4.15% and 3.70% respectively.

The Fed’s hawkish roadmap, which points to a terminal rate of 4.6% in 2023 and implies about 150 basis points of additional tightening, along with its pledge to maintain a restrictive stance for an extended period of time, should keep U.S. rates skewed to the upside, bolstering the dollar’s momentum in the FX space.

While the European Central Bank is also raising borrowing costs to combat strong inflationary pressures in the region, its response has been less aggressive in comparative terms due to rising downturn risks for the bloc stemming from the energy crisis following Russia’s weaponization of natural gas supplies. Monetary policy divergence, therefore, has also worked against the euro.

Focusing on macro variables, the economic outlook is quickly worsening for both the U.S. and Europe, but the North American country is in far better position to withstand rough winds. Recent data appears to confirm this assessment, with September euro-area consumer confidence plunging to -28.8, its lowest level on record amid extreme pessimism. In this environment, EUR/USD will struggle to mount a sustained recovery.

Another key threat to high-beta currencies these days is market sentiment. If the likelihood of a global recession increases substantially in the near term, risk assets such as equities and cryptocurrencies are likely to extend their 2022 slump, prompting traders to add to defensive positions. In periods of heightened turbulence and flight to safety, the U.S. dollar tends to outperform most of its peers. All of this suggests that the euro is not in a good place.

After the recent slide, EUR/USD has fallen to multi-decade lows, a sign that the bears are firmly entrenched in the driver’s seat. If the pair fails to mount a recovery and reclaim the 0.9900 area decisively in the coming days, selling momentum could accelerate as bulls bail, paving the way for a drop towards the 0.9670 area. On further weakness, the focus shifts to channel support near 0.9559. On the flip side, if we see a sustained move above 0.9900, the next resistance appears just a touch above the parity mark as seen in the chart below. 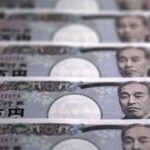 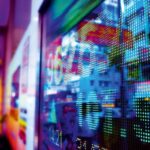